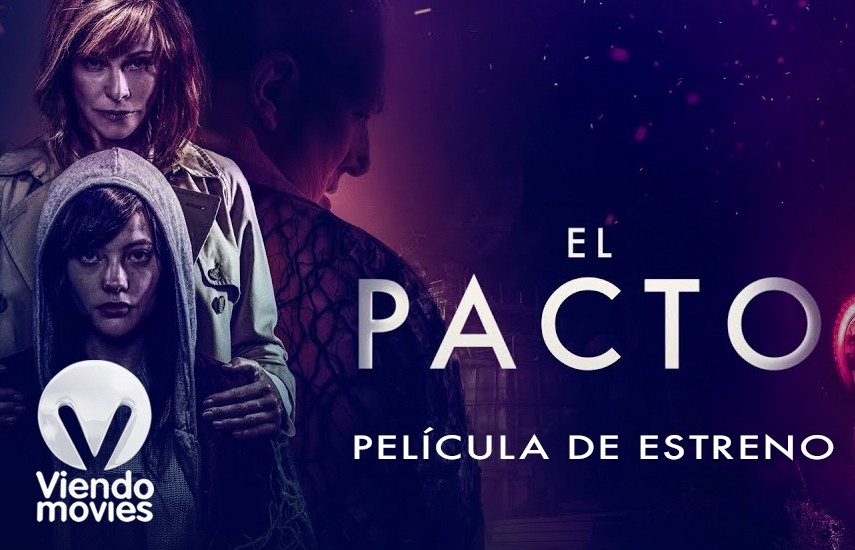 MIAMI, Fl., July 2022 –ViendoMovies, the Spanish-language movie channel 24 hours a day and without commercial breaks, owned by SOMOSTV (company chaired by Luis Villanueva and part of SOMOS Group), presents the exclusive premiere this Saturday, July 30 the movie El Pacto. This film, produced in Spain, is part of the channel's programming strategy, which promotes and presents a selection of high-profile and quality film titles in the Hispanic market in the United States and Puerto Rico, from countries with the highest tradition of the film industry in Spanish. El Pacto has a stellar cast, led by Belén Rueda and Darío Grandinetti.

El Pacto, a suspense and horror film, tells the story of Mónica (Belén Rueda) and her daughter Clara (Mireia Oriol). When Clara is found unconscious as if in a deep coma, Monica participates in a mysterious ritual that awakens Clara, but marks the beginning of a dark and terrifying journey, forcing Monica to go to extreme measures to save her daughter. This genre, with its strong and intense emotions, has many fans among the audience that likes cinema, and ViendoMovies programs a careful selection, representative of the best production of this type of cinema produced in Spanish.

El Pacto was directed by David Victori, who made his debut as director and screenwriter of his own feature film with this horror thriller. As a protagonist, Belén Rueda has 22 nominations and 14 awards. Among them Best Actress in the Goya Awards, Best Actress in Fotogramas de Plata, among others. Also in the cast is the talented Darío Grandinetti, with 12 awards, including the Platinum Award for Best Actor and an Emmy for Best Performance.

As a movie channel originally produced in Spanish, ViendoMovies is a window for contemporary cinema in the Hispanic-American industry, complementing its promotional work with coverage and sponsorship of events that present this type of cinema in the United States and Puerto Rico.

ABOUT VIENDOMOVIES: ViendoMovies is a Pay TV channel that shows exclusive contemporary movies, originally produced in Spanish, without commercial breaks 24 hours a day. ViendoMovies programs its content in a premium and culturally relevant package and is produced in the United States for the Hispanic market in that country and Puerto Rico. ViendoMovies is owned by SOMOSTV LLC. For more information, visit www.viendomovies.com and www.somostv.net