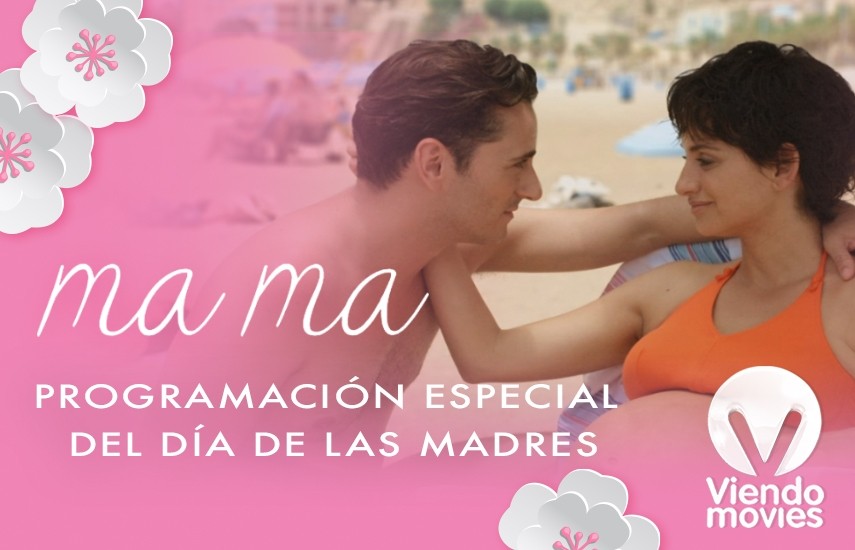 MIAMI, Fl., May, 2022 –ViendoMovies, the Spanish-language movie channel that programs exclusive movies originally produced in Spanish, 24 hours a day and without commercial breaks, owned by SOMOSTV, has a special programming this Sunday in honor of Mother’s Day. The channel maintains the tradition of celebrating this significant day for Latino communities and will present a special selection of feature films this Sunday, as a strategy that it usually follows on important dates for the Latino market.

ViendoMovies will present a variety of films from different genres that allude to the figure of the mother and that have been recognized for their quality: 3 Bellezas (Venezuela), Yanka(Argentina), Los Insólitos Peces Gato (Mexico), Intercambiadas (Peru), El Ombligo de Guiedani (Mexico), Reinbou (Dominican Republic), Pelo Malo (Venezuela), Las Ineses (Argentina), Ma ma (Spain). ViendoMovies celebrates these festive and traditional occasions to highlight the cultural relevance of the channel and the bond it has with its audience.

Among the outstanding films is the Mexican film Los Insólitos Peces Gato. The film obtained 13 nominations and 9 awards between the Ariel Awards and the Mar de Plata Festival. Claudia (Ximena Ayala) is a lonely young supermarket worker who ends up in the hospital with a severe case of appendicitis. There she meets Martha (Lisa Owen), her roommate. Martha is a mother who lives accompanied by her children and Claudia establishes an interesting friendship with Martha.

Ma Ma deserves a special mention. Awarded 14 nominations at eight film festivals, including the Goya Awards. Penélope Cruz plays Magda, an unemployed mother and teacher who is diagnosed with breast cancer. The international star of the big screen plays a character who, thanks to her courage and optimism, makes both her and her family experience unexpected scenes of humor, drama and happiness.

The Venezuelan film Pelo Malo obtained 27 nominations and 13 awards between the Mar del Plata Festival, the Toronto Film Festival, and the San Sebastian International Film Festival, among others. Junior is a nine year old boy who has curly hair. He wants to straighten his hair for his school yearbook picture, since that's how the pop singers who are in style wear it. This circumstance leads him to confront his mother. What Junior wants is to be handsome so that his mother accepts him, but she rejects him more and more.

ABOUT VIENDOMOVIES: ViendoMovies is a Pay TV channel that shows exclusive contemporary movies, originally produced in Spanish, without commercial breaks 24 hours a day. ViendoMovies programs its content in a premium and culturally relevant package and is produced in the United States for the Hispanic market in that country and Puerto Rico. ViendoMovies is owned by SOMOSTV LLC. For more information, visit www.viendomovies.com and www.somostv.net