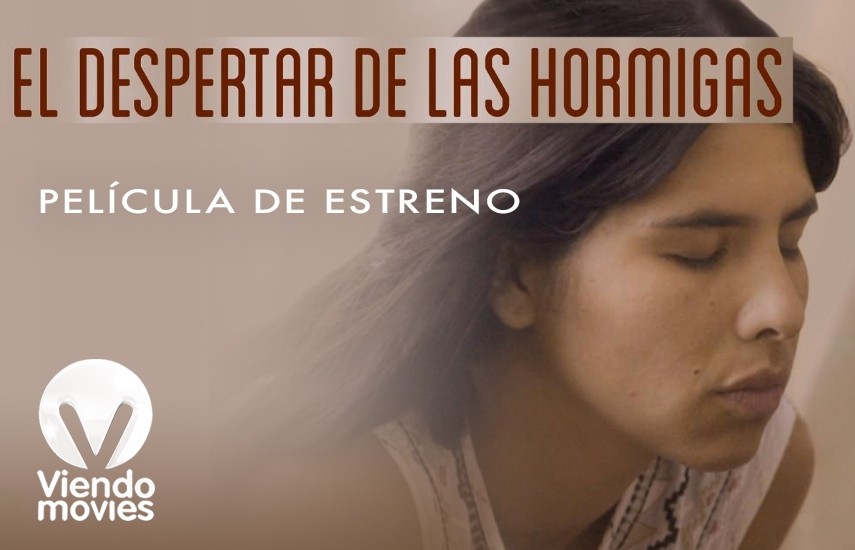 MIAMI, Fl., April 2022 –ViendoMovies, the Spanish-language movie channel 24 hours a day and without commercial breaks, owned by SOMOSTV (company chaired by Luis Villanueva and part of SOMOS Group), presents the exclusive premiere for this Saturday, April 30, the renowned and award-winning film El Despertar de las Hormigas. This film, a co-production of Costa Rica and Spain, is part of the channel's programming strategy, which promotes and presents a selection of high-profile and quality film titles in the Hispanic market in the United States and Puerto Rico, from the countries with the greatest tradition of the film industry in Spanish.

El Despertar de las Hormigas had its world premiere at the 2019 Berlin International Film Festival, with premieres in Costa Rica in June 2019 and in August in Spain. With a feminist theme, the film tells the story of Isabel (Daniella Valenciano), who has more than enough on her plate with two girls and her home, which she runs alone. She wants to focus on work and already has more than enough in her life with two daughters. When her husband Alcides (Leynar Gómez) persists in his desire to have a third child, she realizes that something must change. El Despertar de las Hormigaswas the presentation of Costa Rica to the category of Best International Film in the 92nd edition of the Oscar Awards.

As a movie channel originally produced in Spanish, ViendoMovies is a window for contemporary cinema in the Hispanic-American industry, complementing its promotional work with coverage and sponsorship of events that present this type of cinema in the United States and Puerto Rico. El Despertar de las Hormigas is a film directed by Antonella Sudasassi Furniss, a Costa Rican director, who has been nominated for prestigious awards such as the Malaga Film Festival and the Palm Springs International Film Festival. El Despertar de las Hormigas stars Daniella Valenciano, who won the Best Actress award at the International Film Festival in Central America, and Leynar Gómez, a Costa Rican actor best known for his role in the renowned series Narcos.

El Despertar de las Hormigas received 12 nominations and 12 awards from recognized festivals such as the Goya Awards, Platinum Awards for Ibero-American Cinema and the International Film Festival in Central America, among others. Indeed, it was awarded Best Ibero-American Film at the Goya Awards, and Best Costa Rican Film at the Costa Rica International Film Festival.

ABOUT VIENDOMOVIES: ViendoMovies is a Pay TV channel that shows exclusive contemporary movies, originally produced in Spanish, without commercial breaks 24 hours a day. ViendoMovies programs its content in a premium and culturally relevant package and is produced in the United States for the Hispanic market in that country and Puerto Rico. ViendoMovies is property of SOMOSTV LLC. For more information, visit www.viendomovies.com and www.somostv.net