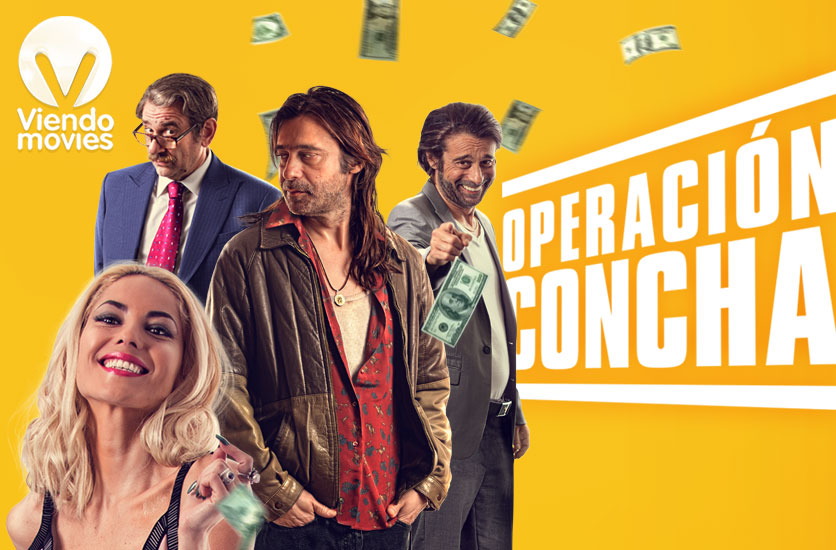 Miami, Fl -  July, 2018 – ViendoMovies, the 24-hours a day channel featuring exclusive, commercial free movies, originally produced in Spanish, announces the movies that will premiere the channel in July. These wonderful productions from Mexico, Colombia, Uruguay, Chile and Spain have been specially selected so that the Hispanic public can enjoy the highest quality movies from the comfort of their home.

For starters, two Mexican films will premier: "Entre Sombras" and "La Caridad". The thriller "Entre Sombras" follows Eric, played by Raul Mendez and Mari, played by Patricia Garza. This couple makes a car trip to the southeast of Mexico as an attempt to solve their problems as a couple. However, Mari disappears mysteriously during the course of the holidays. Eric returns to the capital and during his return he meets Narciso, who becomes his travel companion. During the journey Narciso asks Eric about his relationship and the mysterious disappearance of Mari, which causes Eric to describe a series of strange events that finally lead him to a discovery about the time he shared with Mari and his own reality. The drama "La Caridad" on the other hand, follows Angélica and José Luis, a couple married for 30 years. This couple leads a monotonous life that is threatened when José Luis loses his leg in a car accident. When a young nurse joins the house to assist José Luis, he takes refuge in a sexual fantasy with her, which endangers his marriage even more. This film received a nomination and won two awards for Best Performance at the Ariel Awards.

The Colombian film "Una Mujer" follows Gabriela, who returns to Bogotá after being absent for a long time. When she returns, she meets an old friend who takes her to Felipe, her ex, who now has a son and lives with his girlfriend. However, her return will cause a love triangle in which love will become an obsession. This film was won Best Feature Film at the León International Film Festival and received the Merit Award at The IndieFest Film Awards. Another powerful drama premiering is the Uruguayan film "Migas de Pan" which is inspired by the life of Liliana Pereira, a former political prisoner of the dictatorship of Uruguay. This film shows the abuses and tortures that Liliana endured while she was imprisoned and how she had to rebuild her life after her release. Another premiere that also touches on the theme of an unjust condemnation is the Chilean movie "Libertad". In this film Rony, an ordinary family man, receives a 15 year conviction for a crime he did not commit and must face the violent life in prison and at the same time find a way out to restore his family.

To finish, 3 Spanish films are released this month: “Operación Concha”, “No sé Decir Adiós”, and “Neckan”. The comedy "Operación Concha" promises to be a favorite of the audience with its fun plot. In this film Marcos Ruiz, a broke film producer decides to take advantage of the San Sebastian Film Festival to cheat Pamela Williams, a millionaire investor. Marcos hires a look a like to play  Silvela, a well-known American actor in order to convince Pamela to invest in his project. However, his plan will not go  as he planned it. The film has a wonderful cast featuring: Jordi Mollá, Karra Elejalde, Unax Ugalde, Ramón Agirre, Bárbara Goenaga, Mara Escalante and Bárbara Morí. On the other hand, the drama " No sé Decir Adiós " follows Carla as she finds out that her father, who she has not spoken to in months, is sick. As a result she immediately flies to Almeria, her hometown where doctors give her father few months to live. Carla decides to take her father to Barcelona in search of a cure for his terminal illness and in the process both must face the reality of their relationship. This film received 11 nominations and 14 awards (among those worth mentioning: the Best Actress award at the Goya Awards and the special jury prize at the Malaga Festival). Finally the period drama "Neckan", follows Santiago during 1956. During this year, the Spanish troops withdraw from Morocco ending their occupation in the African country. Santiago, is a lawyer from a distinguished family from the regime and undertakes a trip to Tetouan a city in northern Morocco in search of a family. During his investigation, he realizes that his objective is related to his past and his origins.