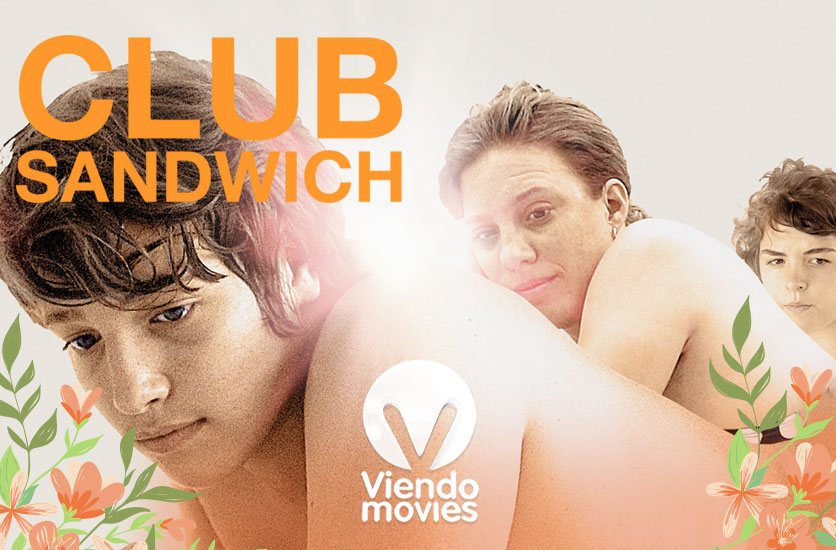 Miami, Fl -   May, 2018 – ViendoMovies, the 24-hours a day channel featuring exclusive, commercial free movies, originally produced in Spanish, announces the special programming for Mother’s Day.  In this special day Mothers are celebrated for the love, effort, and sacrifices they make every day for their family. ViendoMovies programmed seven magnificent movies on May 13th so every mom can enjoy with the family in the comfort of their home.

For starters, two extraordinary Mexican comedies, 'Amor de mis Amores' and 'Club Sandwich', are a part of this special day. "Amor de mis Amores" is a romantic comedy in which two young adults who are about to marry other people fall in love unexpectedly. This film features an outstanding cast:  Sandra Echeverría  Sebastián Zurita, Marimar Vega and Erick Elias. "Club Sandwich", Fernando Eimbcke’s third film, follows Paloma and her 15-year-old son Hector, with whom she has always had a very close relationship. However, as Hector becomes romantically interested in girls his age, his relationship with his mother becomes more distant and she must accept that her son is growing and that their relationship will no longer be the same. This film has obtained 11 nominations and has won 3 awards (Best Film at the Torino Film Festival, Best Director at the San Sebastian Film Festival and Outstanding Narrative at the Nashville Film Festival).

Argentine cinema is also included in this entertaining programming with two very different films that nonetheless will capture the audience completely. The first is the drama "Refugiados", a film that follows Laura and her son Mateo, who must leave their homes and seek refuge after being victims of domestic violence. This film has received 7 nominations and 10 awards (Among those: Best Film, Best Director, Best Screenplay and Best Edition at the Awards of the Academy of Arts and Cinematographic Sciences of Argentina, Jury Prize at the Chicago International Film Festival , and Best Cinematography at The Havana Film Festival). On the other hand, “Un Cuento Chino” is a hilarious comedy starring the talented Ricardo Darín who plays the owner of a hardware store that decides to help a Chinese tourist who does not speak Spanish and they end up involved in crazy adventures trying to find the family member of the lost tourist. This film (like "Refugiados") has been awarded internationally with 18 nominations and 11 awards (among them: Best Ibero-American Film at the Goya Awards, Best Film at the Havana Film Festival, Audience Award at The Rome Film Festival).

“The Runway” is a film based on real events, narrating the moving story of a boy who lives in a small town in Ireland with his mother and how his life changes when he meets a mysterious Colombian pilot (played by Demián Bichir) who landed in the town by accident.  Other great Hollywood artists who are part of the Mother's Day program are Adrien Brody and PPenelope Cruz who share the screen in "Manolete". This film follows the life (and his love affair with Antoñita "Lupe" Sino) of bullfighter Manuel Laureano Rodríguez Sánchez nicknamed 'Manolete' considered by many the best bullfighter of all time.

To finish this amazing Mother’s Day, the Dominican comedy "Todos Los Hombres son Iguales" starring the popular Christian Meier. In this film three recently divorced single guys decide to live together and establish some rules to support their singleness although all this changes when they hire a housekeeper who ends up captivating them and changing their perception of women.