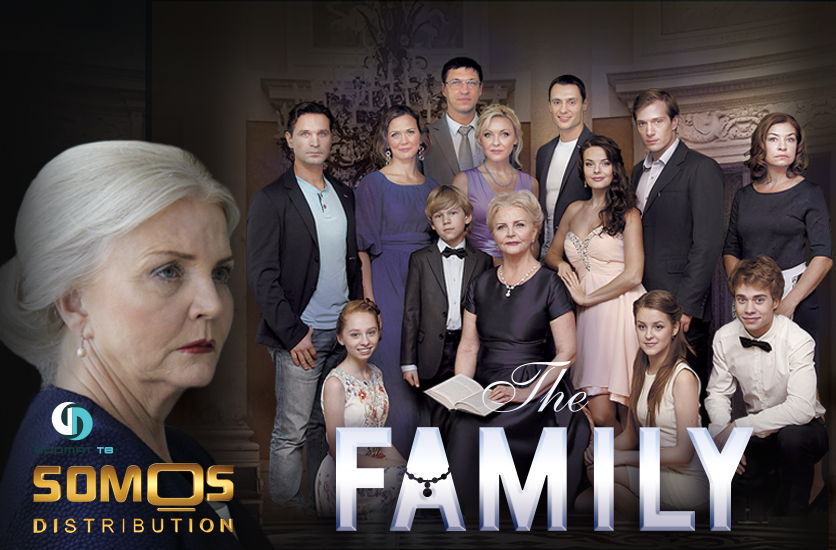 Betrayals, Mysteries and Love SOMOS DISTRIBUTION ADDS THE RUSSIAN SERIES "THE FAMILY" TO THEIR MIPTV OFFER

Miami, FL – Somos Distribution, the independent audiovisual content distribution company presided by Luis Villanueva, will present in MIPTV the Russian drama series, "The Family", expanding the offer of global products in their portfolio. SOMOS Distribution has successfully presented to the Latin American market dramas and series of countries such as Turkey, India, Greece, China, Poland and autonomous regions of Spain. With "The Family" as part of its offer, Somos Distribution consolidates itself as one of the distribution teams with the most diverse content on the market at a time when audiences increasingly accept different proposals in a globalized industry.

Francisco Villanueva, COO of SOMOS Distribution pointed out:  “independent distribution is going through a stellar moment due to the quantity of high quality contents that are being produced. We have been focused on finding the best content available as well as supporting the distribution of companies interested in expanding the markets supported by our experience and expertise. In that way, we also support the programming strategies of our clients and the growth of their businesses. 'The Family' is not only a great production with incredible performances, but it also has a great narrative that captures the audience in unexpected ways with interesting plot twists. Consequently, this series is an excellent example of our approach to the markets ".

The series, produced by Alexey Kurenkov, Dmitriy Paklin and Stanislav Khapsaev, follows the Goreeys family who are very wealthy and recognized for their lineage of outstanding dancers. This family lives in the midst of luxury, wealth and glamor, but their lives are also full of romance, scandals, betrayals and even mysterious crimes. The search for true love begins when the main dancer, is the victim of a suspicious accident which results in a fractured leg on opening night (and later a long recovery not only physical, but also psychological). The jealousy, the deceptions and the mysterious disappearance of a precious diamond necklace triggers a series of suspicions among the family, testing their filial ties. "The Family" has 60 episodes that are 45 minutes each.

Aside from “The Family”, SOMOS Distribution will also present:  “Súbete a Mi Moto”, and dramas such as “War of The Roses”, “Destiny”, “Under The Trees”, and “The Foreign Groom”. In addition to this selection, they will also include more traditional soap operas such as “Camelia La Texana” and novelty sports content such as “La Historia de los Mundiales”

SOMOS DISTRIBUTION, LLC is a first class audio-visual worldwide programming distributor in all genres. Its business is built on the experience and deep knowledge of a multicultural sales and management team, with over 30 years of experience and strong industry ties. SOMOS DISTRIBUTION, LLC has the human and technical resources, along with the facilities necessary to ensure the most efficient, productive, and comprehensive coverage of all territories worldwide. Our sales and distribution capabilities enable us to exploit the commercial potential of traditional channels such as broadcasters, cable and satellite transmitters, to pay-per-view and the growing internet and video-on-demand market, along with all other platforms that have redefined the growth of the industry. SOMOS Distribution LLC is characterized by its speed, dynamism and foresight in the market.