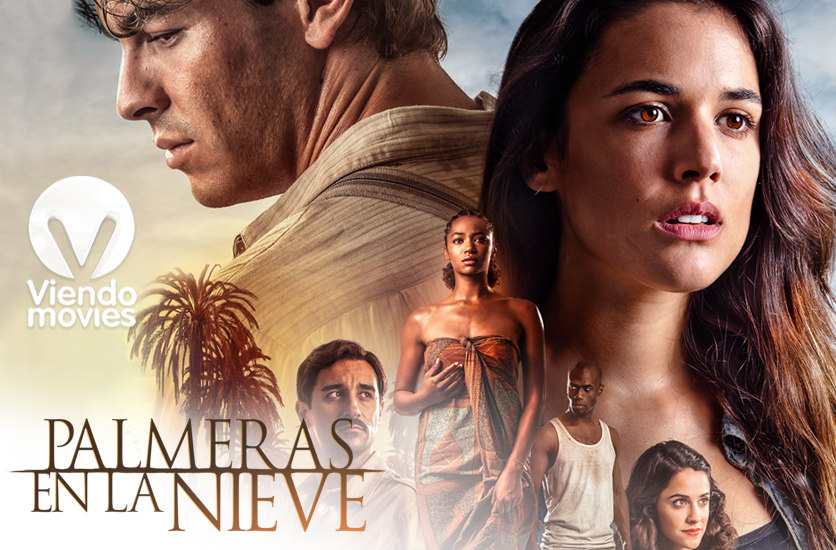 Must-Watch Premiers from Mexico, Spain, and the Caribbean come to Vien

Miami, Fl -   March, 2018 – ViendoMovies, the 24-hours a day channel featuring exclusive, commercial free movies, originally produced in Spanish, announces a special promo featuring the must-watch premiers that will be airing in spring. The promo is a recap of 10 selected films that will be released throughout the spring months (March 20- July 21). ViendoMovies, as usual, brings together a selection that proves that films in Spanish are at their best moment.
The films selected are of the highest quality in production, narrative and performances. Starting with four excellent Mexican films: “Volando Bajo”, “El Cumple de la Abuela”, “Familia Gang”, and “De las Muertas”. The comedy, “Volando Bajo” follows Cornelio Barraza, a former Mexican popular singer and movie star that was big in the 80s. Cornelio finds out that Chuyin, his ex-bandmate, passes away and he is forced to return to Mexico where he must face his past. In “El Cumple de La Abuela”, a somewhat dysfunctional family gathers for a reunion where the father, known as an irresponsible drunk, introduces his new girlfriend who turns out to be very different from what everyone expected.  The political satire “Familia Gang” uses their narrative not only to entertain but also to highlight the political issues Mexico faces in present times. In this satire, a well-known politician tries to fabricate a televised spectacle in which he captures Mexico’s most wanted criminal. However, nothing goes as planned. Suspense is also in this lineup of Mexican cinema with the movie: “De Las Muertas”. This thriller narrates the interview between a prisoner who is accused of murdering several women, but claims he is innocent, and a journalist who wants to investigate the other side of the story.
“Desde Alla”, the first movie from Venezuelan director Lorenzo Viga, is one of the most anticipated premiers of the season.  This movie is the recipient of 9 awards and 23 nominations. Among those, it is worth highlighting: the Golden Lion Award (Best Film) at the Venice Film Festival, Best First Film at The Havana Film Festival, and Best Screenplay at the Miami Film Festival. This drama with elements of suspense, follows the unexpected relationship between Armando, played by Alfredo Castro and Elder, played by Luis Silva, which is full of complexities not only because of the differences in age and socioeconomic situation between them, but also because of their respective individual traumas.
Three phenomenal Spanish films are part of this selection: "Palmeras en la Nieve", "Anacleto Agente Secreto" and "Embarazados". An adaptation of Luz Gabas’ best-seller novel, "Palmeras en la Nieve" is starred by the dreamy Mario Casas and the talented Adriana Ugarte (Pedro Almodóvar’s muse and actress of the popular TV series "El Tiempo Entre Costuras"). The film received two Goya Awards for Best Original Song (composed by Pablo Alborán and Lucas Vidal) and Best Art Direction. The film "Anacleto Agente Secreto", based on the series of comics with the same name, is a film that combines comedy and action to narrate the entertaining adventures of a veteran secret agent played by Imanol Arias. The comedy "Emabarazados", follows a couple in their thirties who despite having fertility problems will do everything possible to get pregnant.
Finally, two exciting films from the Caribbean: "Primero de Enero" and "Los Últimos Días en La Habana". The Dominican film, "Primero de Enero" tells the story of a twelve-year-old boy who, upon hearing that his father's piano has been stolen, recruits his best friends to try to find it and return it home. The drama "Los Últimos Días en La Habana " tells the tragic story of a man dying of AIDS in Havana. This film won
three awards at the Malaga Film Festival, including the award for Best Ibero-American Film, and two awards at  The Havana Film Festival.