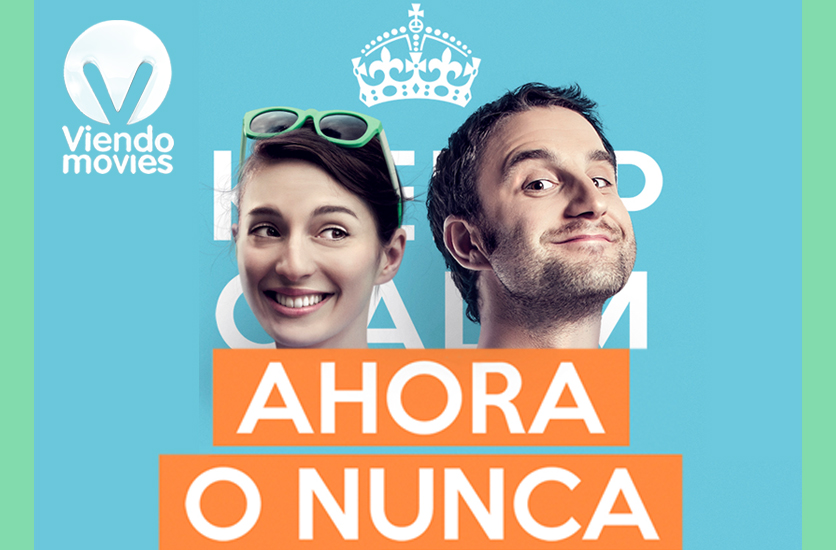 “Los Hamsters”, “Mi Mejor Regalo”, and “Danza de Luna” are but the start for those who love Mexican cinema. “Los Hamsters” is a light comedy that touches on important issues that touch us all. It follows a family in Tijuana that in spite of living under the same roof, appearing to be very traditional, hide a lot of secrets from each other creating a fertile backdrop for comedy! Another great comedy in this lineup is “Mi Mejor Regalo”. This movie tells the story of Daniel, the unexpected recipient of shocking news: he is the father of an 8-year old girl. As he learns to be a father, his life changes in funny and surprising ways. In contrast to these comedies, “Danza de Luna” is a powerful drama that focuses on the obsessive relationship between Martin and Osana, both of them are trying to begin a new relationship even though they are not completely over their exes.

Spanish cinema also shines bright this month with: “Ahora o Nunca”, “El Club de los Incomprendidos”, “El Desconocido”, and “La Ignorancia de la Sangre”.  Directed by the stellar Maria Ripoll, the romantic-comedy “Ahora o Nunca” features Dani Rovira and Clara Lago, who share the screen again after their huge success, “Ocho Apellidos Vascos”.  “El Club de los Incomprendidos” is a coming-of-age drama that follows Valeria through a transitional period in which she is forced to move to Madrid with her mom and go to a new school where she finds new friends in an unusual place.  On the other hand, “El Desconocido” and “La Ignorancia de la Sangre” are two thrillers that promise to surprise the audience with their plot twists. “El Deconocido”, the first movie directed by Dani La Torre,  received seven nominations from the Cinema Writers Circle including the Best Picture and Best Original Script. This movie walks us through the dangerous threat that a father receives while his kids are in the car with him.  Paz Vega and Juan Diego Botto star in “La Ignorancia de la Sangre”, a film that follows Seville’s Police Homicides Chief who faces two very different cases and must solve them in a very short time frame.

One of the most anticipated premiers this month is “Magallanes”, written and directed by well-known Peruvian actor Salvador del Solar. This acclaimed film is a political thriller based on Alonso Cueto’s novel “La Pasajera”.  Revealing not only the moral crisis the protagonist faces, but also the stress of a whole nation. This movie has received 15 awards and 13 nominations from diverse international film festivals such as:  The Havana Film Festival, Washington DC Film Fest,  Mannheim-Heidelberg International Film Festival, among others.

Last but not least, “Detrás de la Verdad” is an Uruguayan thriller that follows the journey of two journalists who come together with a former secret service agent to uncover and publicize the crimes committed by the military regime during the 70s and 80s. This film has received five awards and eight nominations including the Best Picture award at the prestigious Huelva International Film Festival.