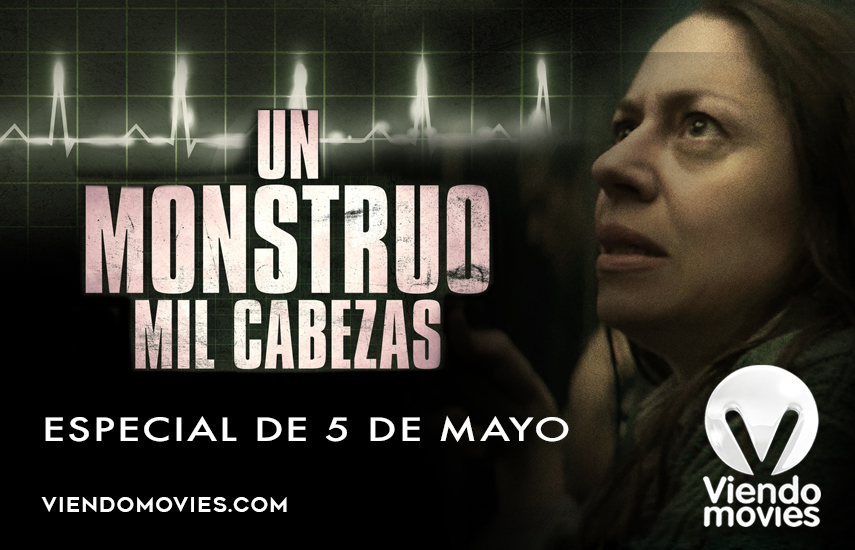 MIAMI, Fl., April, 2019 - ViendoMovies, the channel owned by SOMOSTV that programs the best exclusive films 24 hours a day without commercial breaks, celebrates in the United States along with the Mexican and the Latino community Cinco de Mayo. Cinco de Mayo is celebrated around the country and ViendoMovies will be part of this celebration by programming a group of films from Mexico.

Mexican Gánster promises to have viewers at the edge of their seat from start to finish. Winner of four Ariel awards, this action film tells the story of Alfredo Ríos Galeana, the most prolific bank robber in the Mexican history. The plot revolves around his robberies, his personality, his escapes and the intense and long relationship he had with the character who finally managed to stop him. Another great production is Elvira, te Daría mi Vida pero la Estoy Usando featuring award-winning actress Cecilia Suárez. The star of the popular series La Casa de las Flores, plays Elvira, a 40-year-old woman and mother of two children. One night, Gustavo, her husband, goes out to buy some cigars and never returns. Her tireless search leads Elvira to the conclusion that her husband is having a secret affair. This film was nominated for the Ariel awards and to the LA Film Festival.

Cinco de Mayo celebration continues with the film Un Monstruo de Mil Cabezas. A woman is dealing with a sick husband who needs a complex treatment recommended by a doctor; however, the insurance company of which they are associated refuses to pay for it. This film, emotional and suspenseful, was nominated for the Miami Film Festival, and has won 11 awards, including an Ariel award.

Finally, Y tu mamá también is the great Mexican dramatic film that continues to speak of since its premiere. Directed by Alfonso, this well-known film tells the story of two teenage boys taking a road trip with a woman in her final 20's. The film is starred by Mexican actors Diego Luna, Gael García Bernal and Spanish actress Maribel Verdú.