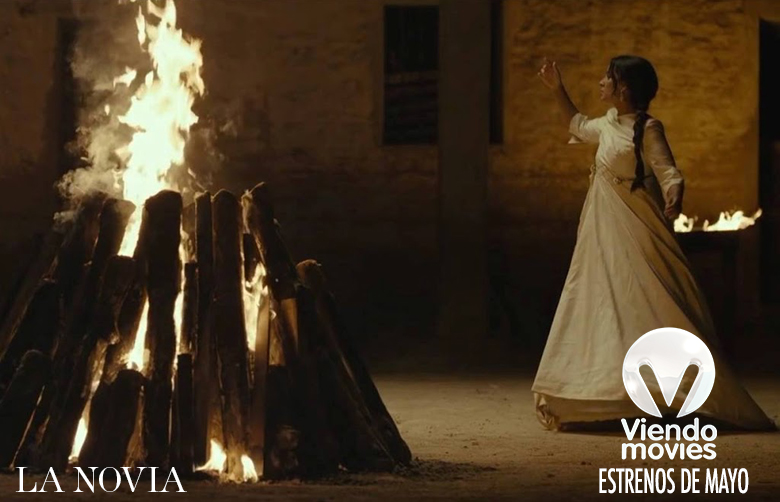 This May ViendoMovies is full of exclusive premiers

The channel premieres in May " Al Final del Túnel," "Kiki, el amor se hace" and “La Novia.” In "Al final del túnel” (nominated 8 times in the Sur Awards). Joaquin (Leonardo Sbaraglia) is in a wheelchair and lives alone in his house. He decides to rent a room to Berta (Clara Lago). The presence of Berta cheers the house and encourages Joaquín. One night, Joaquín hears noises under the basement floor, only to realize that it is a gang of criminals digging a tunnel to reach the floor of a bank and steal it. “Kiki, el Amor se Hace” (nominated for the Goya and for the Feroz Awards) tells the story of five couples, all willing to discover how to get pleasure in very peculiar ways and without taboos. “La Novia” (nominated for the Goya, Feroz, Platino, Forqué and Gaudí Awards) presents Leonardo, who is a very good friend of a couple. When the couple’s wedding date approaches, Leonardo and the bride realize that they are in love and nothing can separate them.

ViendoMovies also shows "Drama Mex" (nominated for the Ariel awards), a well-known film that tells the story of the teenagers Fernanda and Chano, who have a destructive relationship. Fernanda cheats on Chano with Gonzalo, a doorman. This story is combined with the story of a suicidal bureaucrat who steals the payroll of his work and a girl who runs away from home. This film is accompanied by "Juegos de Familia” (Spain), a movie that describes the marriage of Carmen and Andrés. The marriage is not going well and Andres does not do his part and is bitter in his work. Carmen will leave him and Andrés will discover that his wife has a lover: Raúl, the hairdresser. To this situation is added the economic problems of the family business, which will affect all its members and employees while Andrés and his family rediscover love.

The month of May is also a special month for ViendoMovies since it includes the celebration of “Cinco de Mayo” and Mother's Day. These celebrations will be covered with programming dedicated to this important segment of the Latin market in the United States and to the mothers, that beloved characters in our homes.