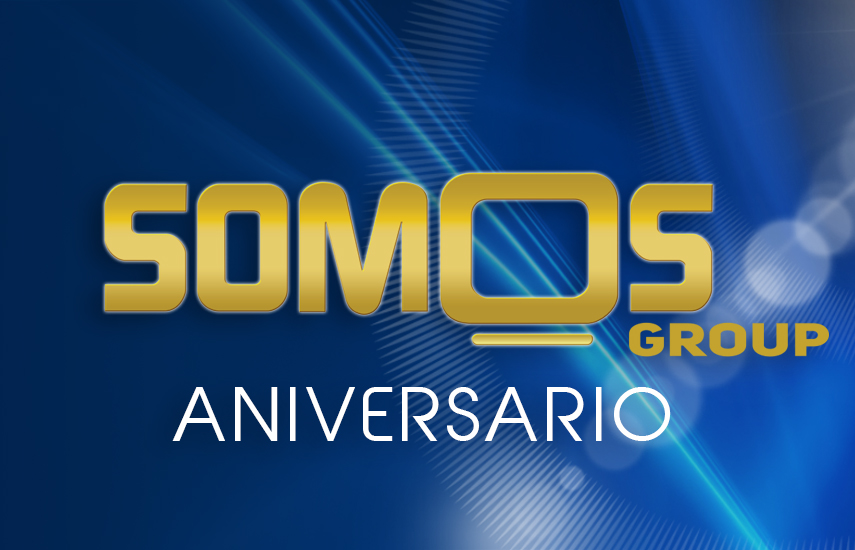 SOMOS Group: A Decade Of Growth In Synergy

SOMOS GROUP: A DECADE OF GROWTH IN SYNERGY

SOMOS Group, the group of media and entertainment companies, chaired by Luis Villanueva, reached its ten years in business. On April 4th 2009, Luis Villanueva, along with a group of professionals from the media and entertainment industry, founded SOMOSTV (company that operates in the Spanish pay-television market) and SOMOS Distribution (distribution business of international content internationally). Throughout these years, SOMOS Group has become a diversified entity in different entertainment business areas, production, distribution of content on new and traditional platforms and television pay channels.

Luis Villanueva, president and CEO of SOMOS Group, stated: "Fulfilling a decade in this industry that is always changing by new technologies and influenced by its audience’s new habits, is a milestone that makes us pride, especially when all our companies are performing successfully in the market. We have managed to form a technical, creative and executive team that has been able to position each of our companies within its space as a reference of quality and expertise. I am very grateful for our team and our clients, and I hope to continue with this dynamic of growth based on synergies and positive results." The executive also commented, "ten years ago we began a new professional phase that I personally assumed as an entrepreneur and business promoter, and I feel satisfied with the work we have done by employing more and more professionals from this exciting industry and in a so competitive market."

Mr. Villanueva said that progressively the Group's objective has been to extend its business from the distribution areas to the production and co-production of contents, establishing synergies with its other companies.

From SOMOS TV, the production and distribution of its pay-TV channels, ViendoMovies (commercial-free movie channel) and Semillitas (entertainment signal for infants and preschool children), the group has managed to impact the market with its own Spanish contents. In SOMOS Productions, the company has accomplished big partnerships with prestigious companies such as Disney and Endemol. The company also ventures into the live production of the Latin American Music Awards and the Billboard Mexican Music Awards for Telemundo.

The Group participates in the production of feature films with SOMOS Films, which has co-produced films such as "Muerte en Berruecos", the murder of the Venezuelan admiral Antonio Jose de Sucre, and "Voy Por Ti", a teenage drama that premiered worldwide at the recent Miami International Film Festival.

To close, SOMOS Next successfully distributes content through its platforms FlixLatino (movies, documentaries, series) and Pinguinitos (children's animation), as well as directly through the online stores.

About SOMOS Group: SOMOS Group is an independent pool of companies dedicated to all aspects of the audiovisual entertainment business.  Experienced and widely respected professionals in the industry anchor each member of SOMOS Group. For more information visit www.somosgroup.com