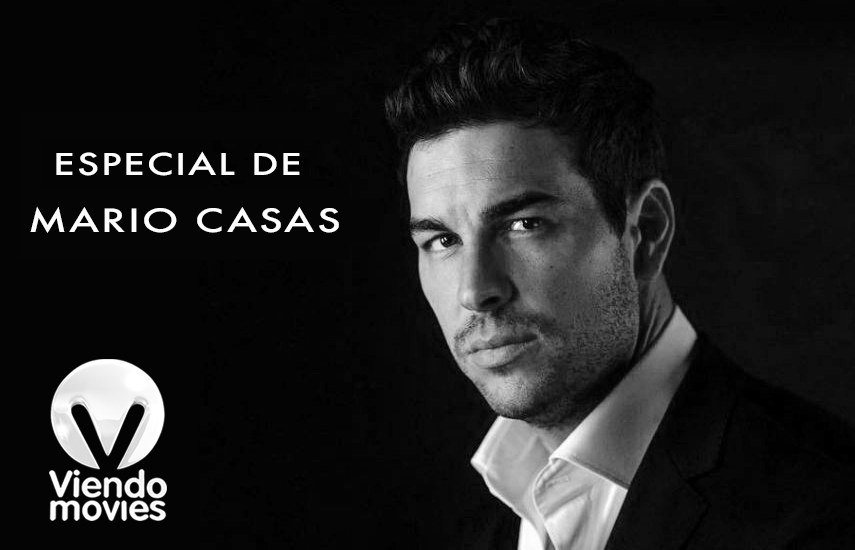 MIAMI, Fl., March, 2019 – ViendoMovies, the 24-hours a day channel featuring exclusive, commercial free movies, originally produced in Spanish, brings this April a special set of titles with the acclaimed actor Mario Casas. Every Sunday night, the channel will present a famous movie of the well-known Spanish star. Mario Casas has won several awards, such as “Best new actor” from The Association of Latin Entertainment Critics Awards and EP3 Awards, “Best Young talent” from The Zaragoza Film Festival, “Best actor” from The Villarreal International Short Film Festival, “Best actor” from The Neox Fan Awards, among others.

Mario’s fans will enjoy unforgettable and top box-office films: “Toro,” “Carne de Neón,” “Palmeras en la Nieve,” “Ismael,” “Grupo 7,” “Tres Metros Sobre el Cielo” (one of the highest-grossing films in the history of cinema in Spain) and “Tengo Ganas de Ti” (the movie with the highest ticket sales at its premiere in Spain in 2012).

Beginning on the first Sunday of April, ViendoMovies will present “Toro” and “Carne de Neón.” With two nominations for the Gaudí Awards, the thriller tells the story of two brothers who reunited after five years separated. Toro (Mario Casas) has been in jail and is trying to rebuild his life, while Lopéz (Luis Tosar), after having stolen from a dangerous perista, he escapes with his little daughter Diana. Both brothers must come together to save their lives and Diana’s. “Carne de Neón” is another thriller in which Ricky (Mario Casas), an abandoned boy from the street, has survived along prostitutes and pimps until he turns 23 and learns that his mother is out of jail. To fill the gap of love that Ricky has in his heart all these years, he opens a club for adults so his mother can manage it and start a new life. This idea will not be easy for either of them.

Winner of two Goya Awards and nominated for the Feroz and Gaudí Awards, the movie “Palmeras en la Nieve” will not disappoint viewers. Based in 1953, Killian (Mario Casas) decides to go to his father's cocoa farm in the Equatorial Guinea. Once there, he will discover that life is more pleasant than in the gray Spain, but his desires for a girl will make both live a story of love and hatred unbearable.

For the third week, the channel brings “Ismael” and “Grupo Siete.” Nominated for the Goya, Feroz and Gaudí Awards, “Ismael” is the name of an 8-year-old mulatto boy who fled to Barcelona to meet his father. Arriving at the apartment he thinks is his father's, he meets Nora, an elegant woman in her 50s “Grupo Siete” is recreated in Seville in 1987 when the city prepares for the Expo of 92. Angel (Mario Casas) an honest man who became to be a police inspector. For his bad luck, he had to be part of the Group 7, a troop of unscrupulous police officers who only want to achieve their goals in the drug department.

ABOUT VIENDOMOVIES: ViendoMovies is a Pay TV channel that broadcasts contemporary, exclusive Spanish-language films 24 hours a day with no commercial breaks in a premium, culturally relevant on air look. ViendoMovies is produced in the US for the Hispanic and Puerto Rico markets and is part of SOMOSTV LLC. For more information please visit us at www.viendomovies.com and www.somostv.net